Students may be given the opportunity to prepare PowerPoint presentations of their own analysis buildings they select, based on the demonstrated methodology, which they would present to their classmates. 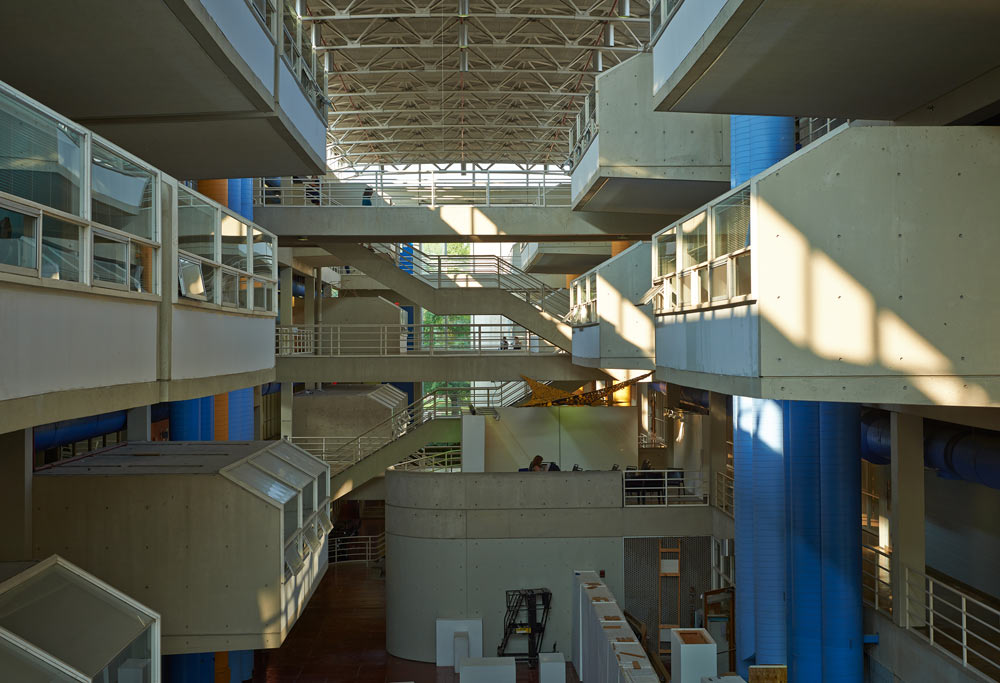 This building was designed as part of a unique competition process. It was one of fifty entries that competed for the contract and the building was completed in 1981. In a collegiate environment, the modern design is a living laboratory for teaching building functionality, spatial relationships, and environmental issues. The building “skin” was designed to reduce energy use and the windows were designed to open for natural air ventilation. 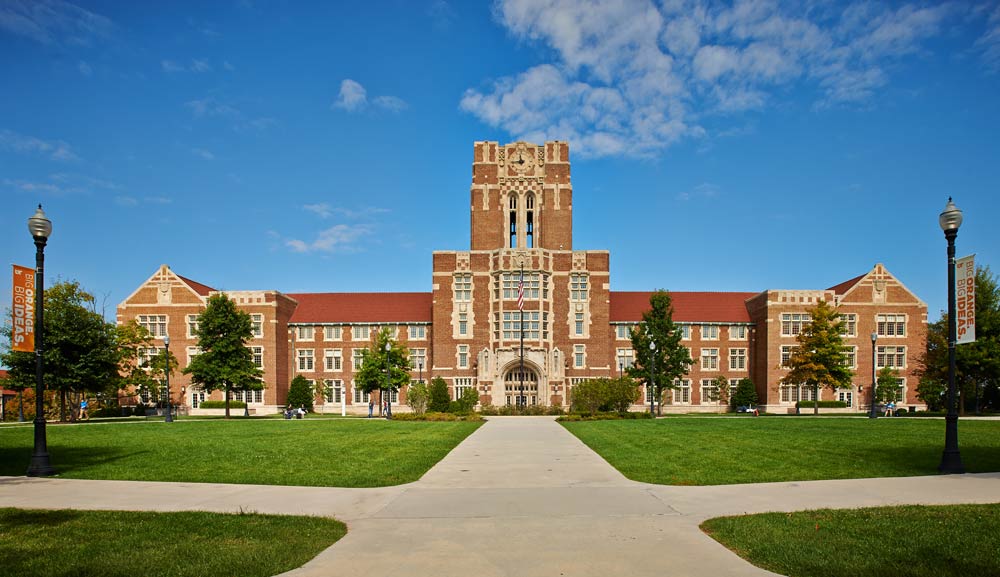 One of the University of Tennessee’s oldest building, Completed in 1921 and restored in 2010, Ayres Hall is an example of UT’s Collegiate Gothic style. The building holds classrooms, studios, and office spaces. Respect for the original design was carried out during renovation and the building became reached LEED Silver certification, recognized by the US Green Building Council. It is also on the National Register of Historic Places. 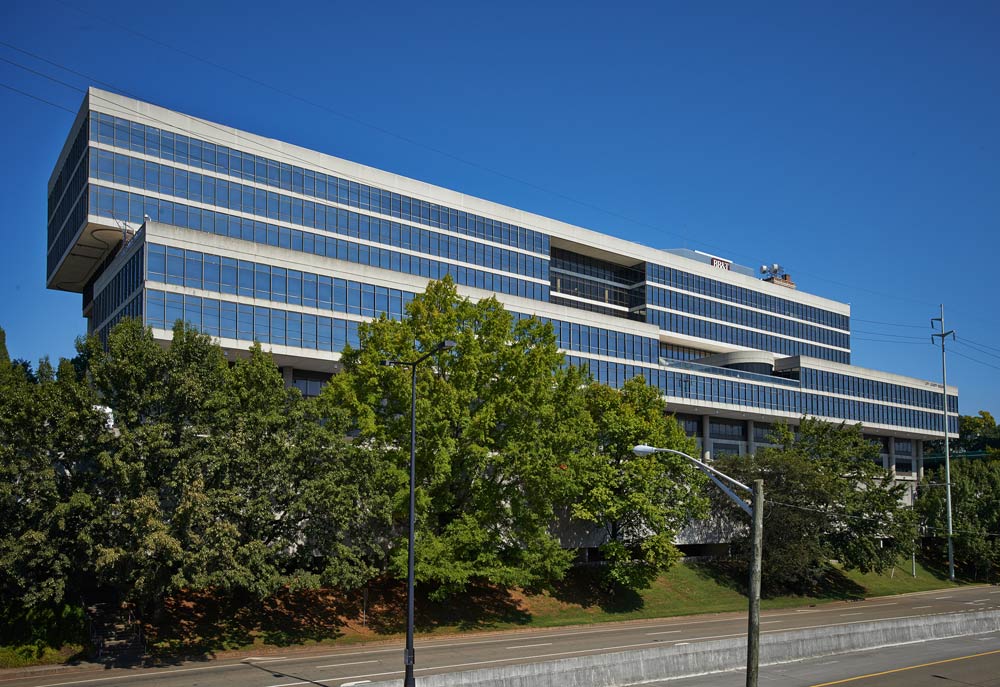 Completed in 1979, this building reflects the governmental heart of the city and was designed to serve 2 primary functions: Housing government administration and providing an assembly area for large meetings. It anchors the south end of market street spine that runs through downtown and has a unique building site and relationship to the Tennessee River. Its modern design keeps with architectural trends from the late 1970s and early 80s.

Bridges help to establish the character of a city. The Gay Street Bridge was completed in 1897 and is similar in design to the Eiffel Tower. The bridge is a spandrel-braced arch bridge designed by both architects and engineers. The Gay Street Bridge serves an important role to Knoxville, connecting South Knoxville to the downtown. 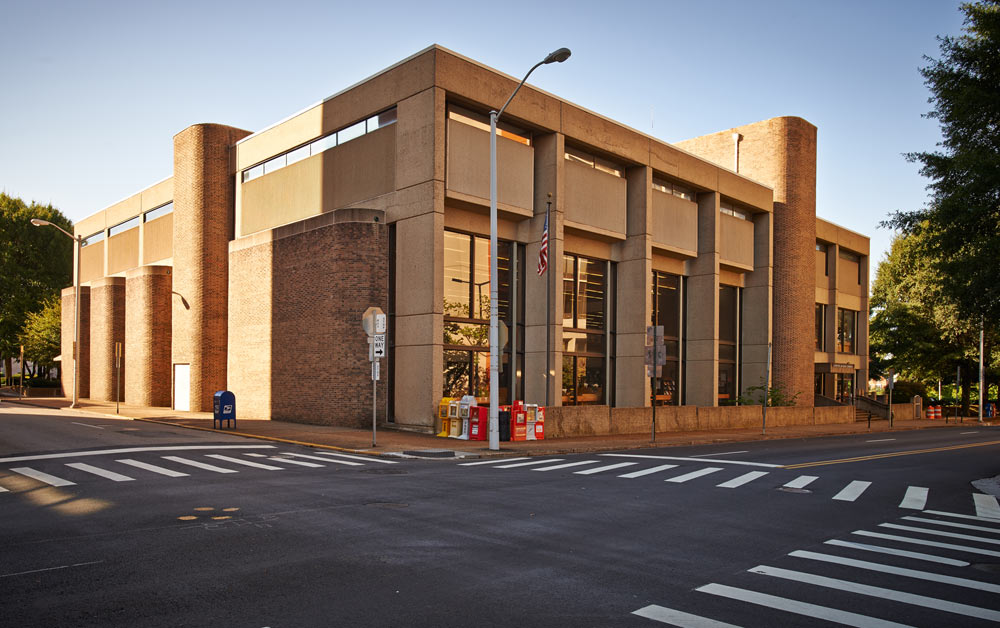 Built in 1970, this downtown library serves as the main branch library for the Knox County library system. The facility includes a main reading room, open stacks for more than 70,000 books, a children’s library with 30,000 books, offices, meeting rooms, and an area dedicated to the McClung Historical Collection. 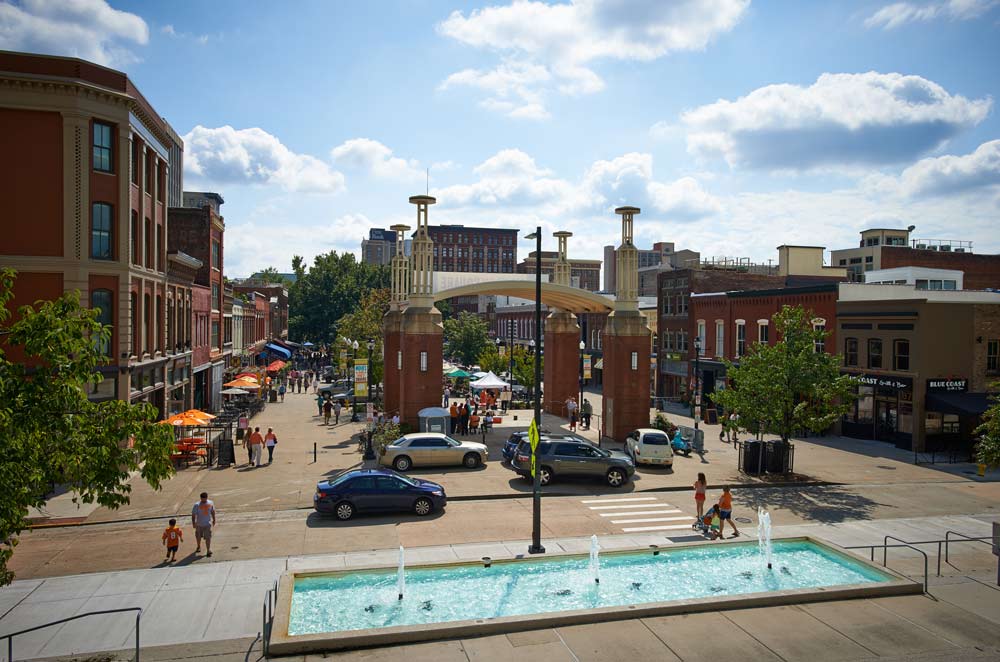 Founded in 1854, Market Square is the original site of the Knoxville City Hall. Its last major revitalization was in the 1990s. Market Square’s original purpose was for the trading of goods and a place for social gathering. Today it has become a place to shop, work, play, eat, drink and live; hosting live music, theatrical performances and seasonal attractions. Market Square buildings are representative of 19th and 20th century architecture. 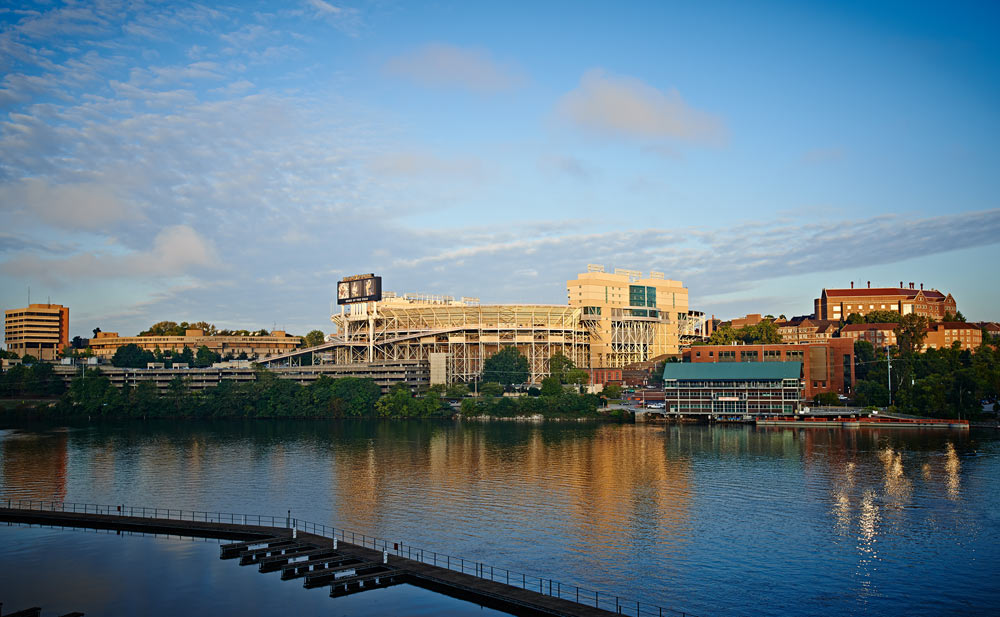 The first phase of the stadium was completed in March 1921. The building’s purpose is for athletic events with a primary emphasis on the University of Tennessee football program. Over time, the stadium has been expanded 16 times and is now the fourth largest stadium in the nation. The most recent updates were completed both inside and outside the stadium. Each subsequent expansion has done a wonderful job of respecting the previous design innovation and has kept the “look and feel” of the original design intent. 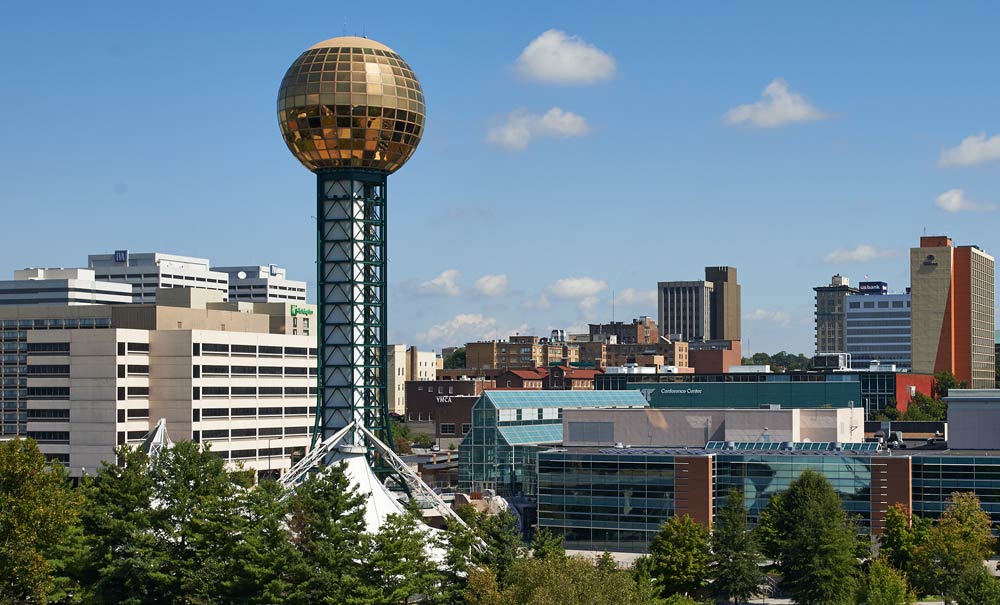 The Sunsphere in World’s Fair Park was designed and constructed as a part of the 1982 World’s Fair. It served as an architectural icon for the Fair. The structure is a 266 foot tall, hexagonal steel truss structure, topped with a 75 foot gold, glass sphere. It was designed for observation and entertainment and conveyed the World’s Fair theme of energy. 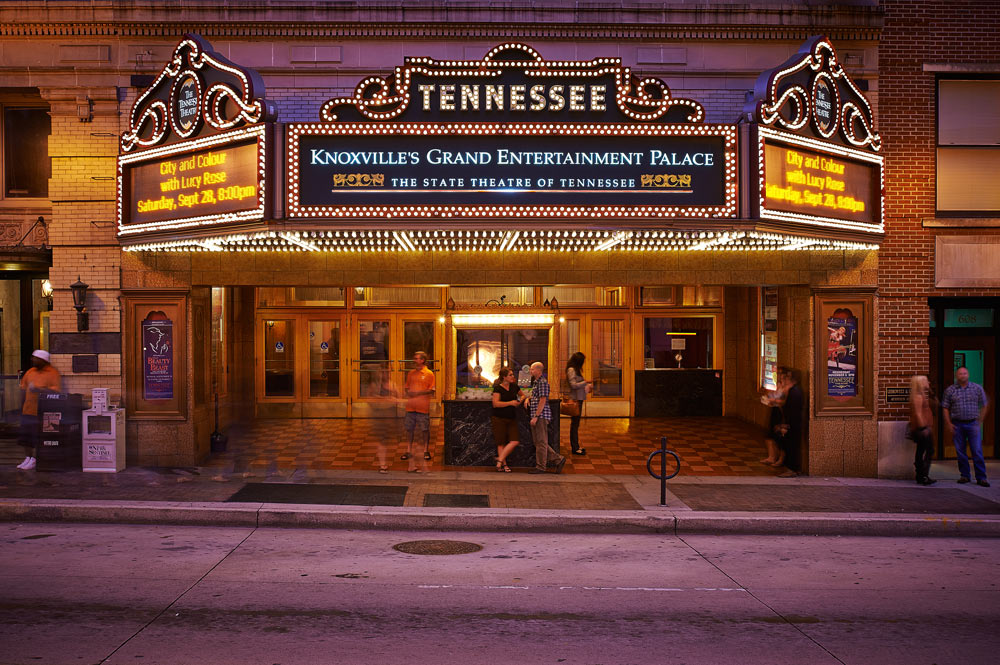 Originally billed as “Knoxville’s Grand Entertainment Palace”, the Tennessee Theatre opened in 1928 and was restored in 2005. The primary purpose of the theatre is large-scale entertainment. It has a unique Spanish-Moorish style interior. It was also one of the first public places in Knoxville to have air-conditioning. The restoration of the Tennessee Theatre required a very unique engineering solution that involved extending the back wall of the theatre over State Street to expand the stage area. The Tennessee Theatre is on the National Register of Historic Places and is the Official State Theatre of Tennessee. 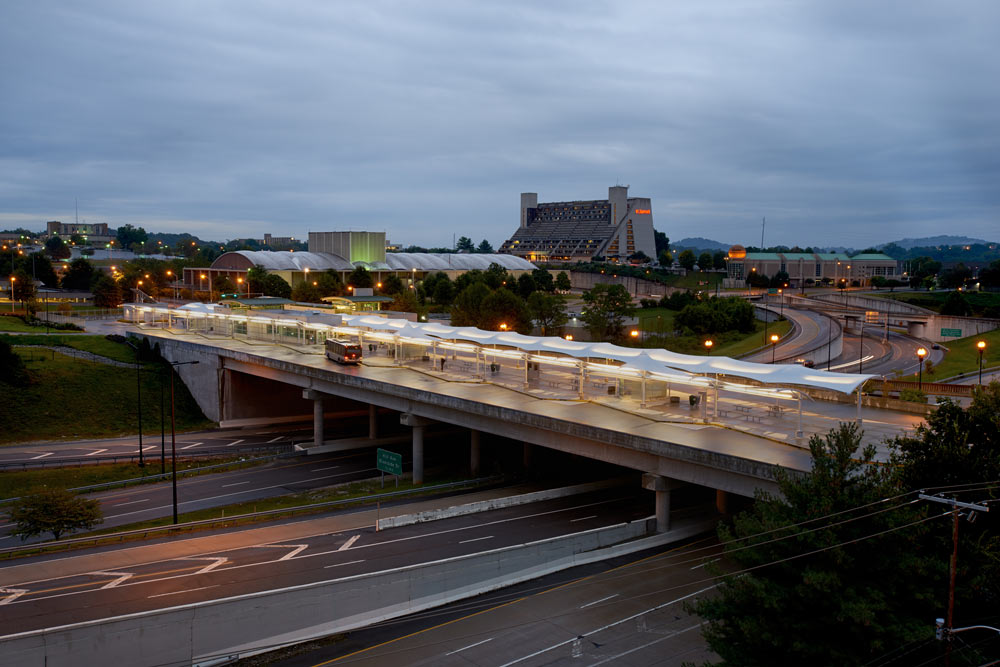 The Knoxville Transit Center was completed in August 2010. It was designed and engineered to function as part of a bridge. The Transit Center became the first LEED certified facility for the City of Knoxville. It is a unique structure to Knoxville that was designed to solve a number of very unusual problems. It is in a central location, allowing easy access for pedestrians to downtown. It is respectful of Knoxville’s architectural heritage with awnings similar to that of the Civic Coliseum roof line and the Tennessee Amphitheater in World’s Fair Park.